The following reviews were submitted by Fringe Member: Holly Peterson 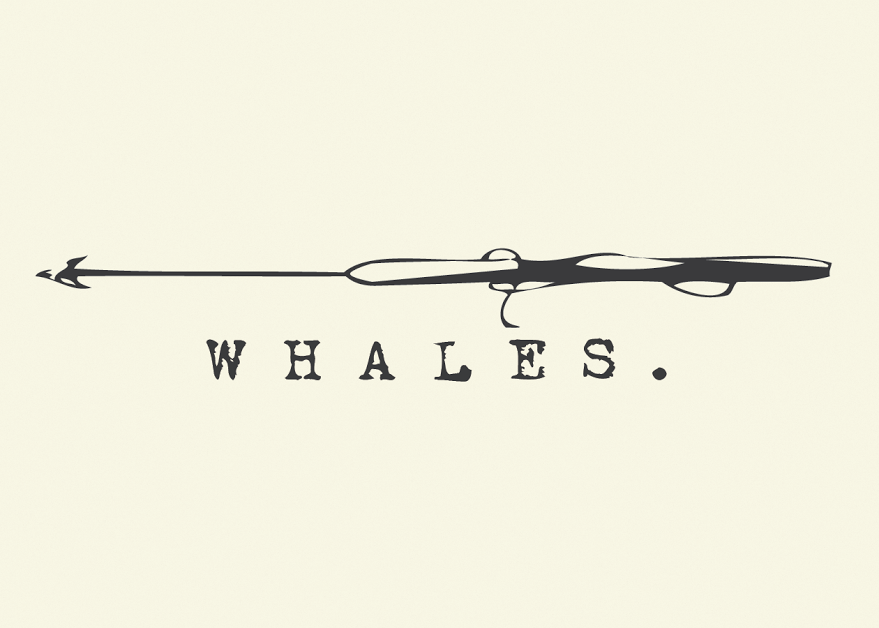 I wish I had known that this was a drinking game going into it (although "drinking game" mostly just meant that they gave us a set of drinking rules at the beginning that they never reminded us of during the show itself), because I think I would have enjoyed the show a lot more if I had been drinking. I was expecting something more similar to Dungeon from last year, and this show is much less visually compelling. WHALES is high energy and fun, but it feels like an adult version (yay drinking!) of a thing you'd send your kid to at a museum mixed with an Irish punk concert. I didn't not enjoy it, but I think it's ultimately pretty skipable. 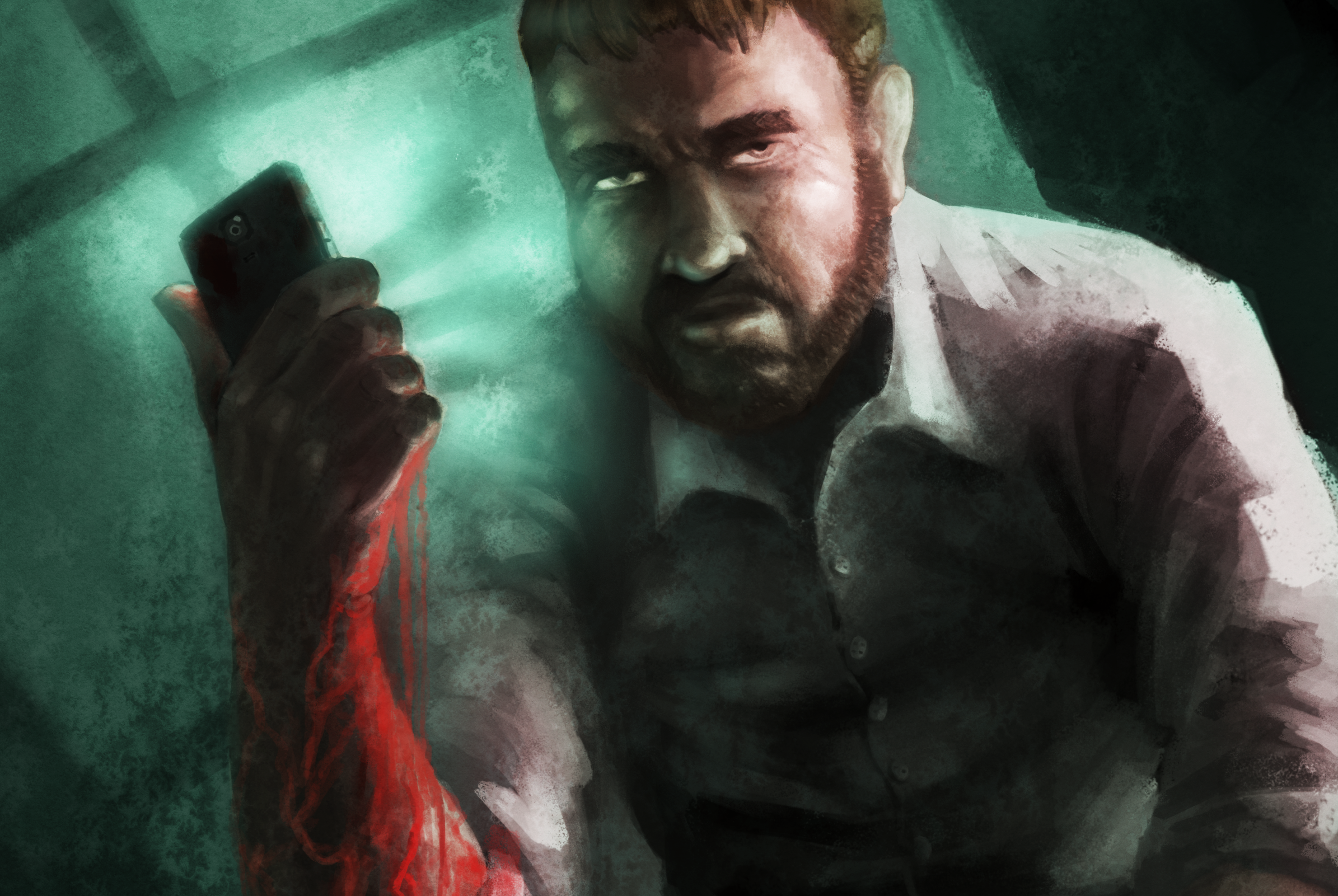 I left this show feeling pretty conflicted. The lead is introduced as a pretty sympathetic character, and is only slowly revealed to not be what we think he is. The end of the play escalates very quickly and I don't think the logic applied to the situation (painfully trying to avoid spoilers here, sorry) really makes sense. It's definitely a good play to see if you want something to talk about and it's not nearly as blood-bathy as everyone is making it out to be. Tangentially, one of the bits of this play is that a different actor plays "The Program" at each performance. I'm not sure what the reason for that decision was, but the actor at the performance I went to stumbled over several of her lines. Maybe sticking to one actor for the full run of the show would have been better?

Company: Snikt! Bamf! Thwip!
Show: A Family Friendly Pulp Fiction (Not Appropriate for Families)
Venue: Theatre in the Round

A little soap box-y, but I got free candy!

Super hilarious re-telling of everyone's favorite Tarantino movie. They did a great job of keeping running jokes fresh and impersonations were great. I especially loved the impression of Tarantino as Jimmie and the watch monologue was golden. There are great riffs off of the most iconic scenes and the "kid-friendly" elements are spot on. The show gets a little preachy at the end, but I'll forgive them that on account of the free pixie stick. 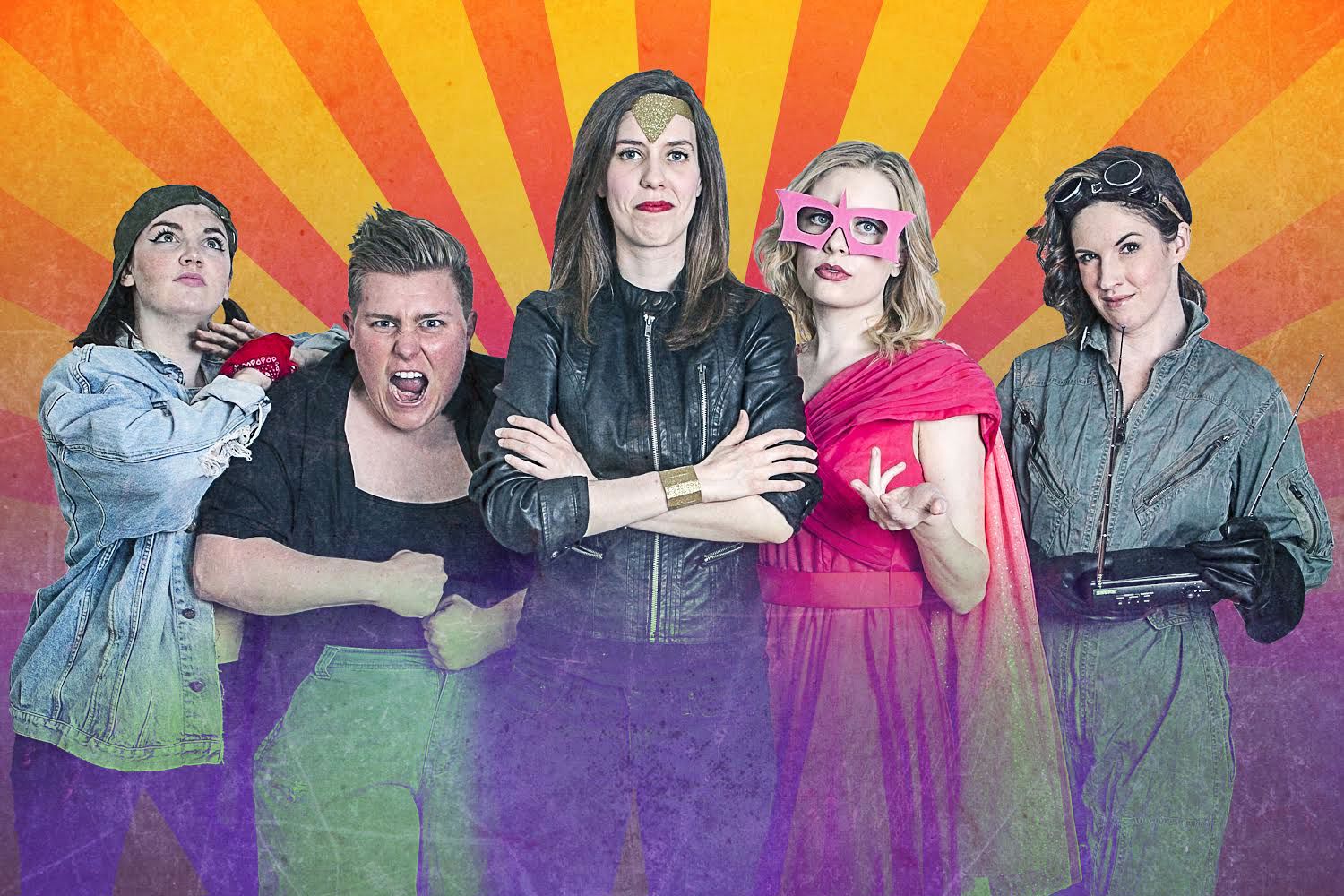 Very funny. A little too male?

Really fun show and talented cast. There were some tech issues at our performance and the space wasn't used really well (ie everyone standing in a circle looking at each other to have a conversation instead of facing outwards), but overall a great show with high energy and great prop usage. I would have liked for Batman to have a smaller role overall. He was hilarious, but got a few more spotlights than I think his character needed. I also would have liked to see the Justice League telling him to stand in a corner during the fights "like a female lead in a Michael Bay movie" as a running joke instead of a one-off, but that's just meeee. 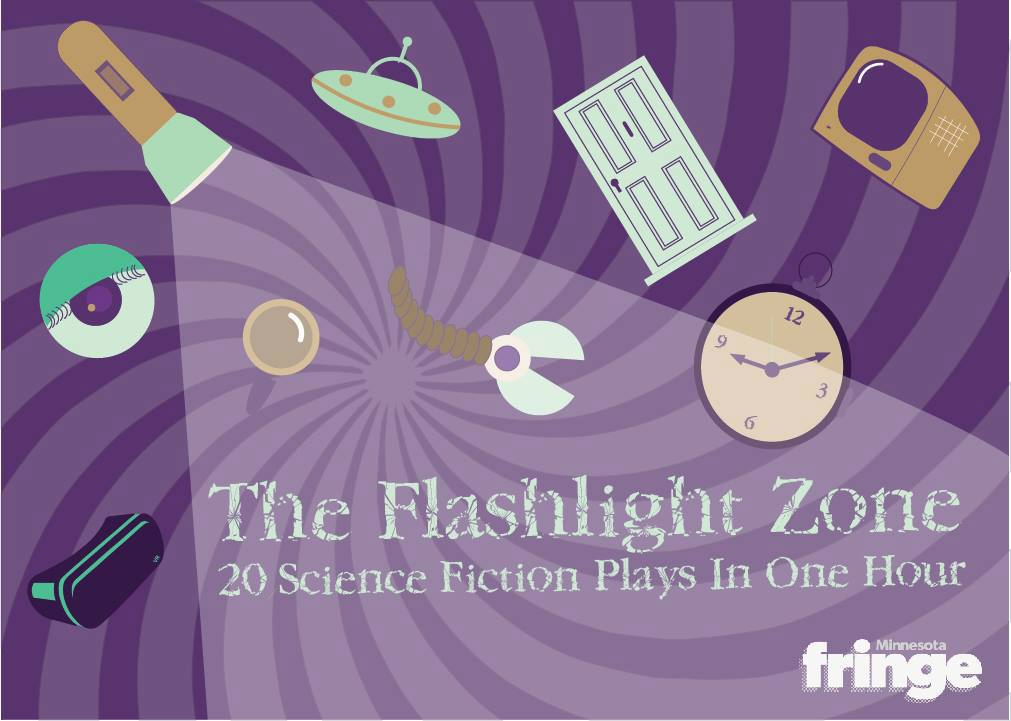 The writing in this series of short plays was really wonderful. There were humorous sketches and funny moments, but the bulk of the content tended to be thought provoking and a little dark. Because of this, the "too much light makes the baby go blind" format worked against the show as whole. Interrupting a dark ending with a chipper "What's next?!" worked as a piece of comedy the first couple times, but eventually it lessened the impact of really interesting stories. I'd like to see a formatting change or a higher percentage of comedy pieces in the set.

Interesting with a muddled conclusion.

I really liked the bulk of this piece, but it kind of fell of the rails at the end. It goes from being a very relatable metaphorical piece that could be applied with equal relevance and impact to the after life or inner life or social life to being a weird story about the protagonist maybe being a murderer? The mix of movement, speech, dance, and props was well done. Really interesting visuals. It's worth seeing if you can fit it into your schedule. 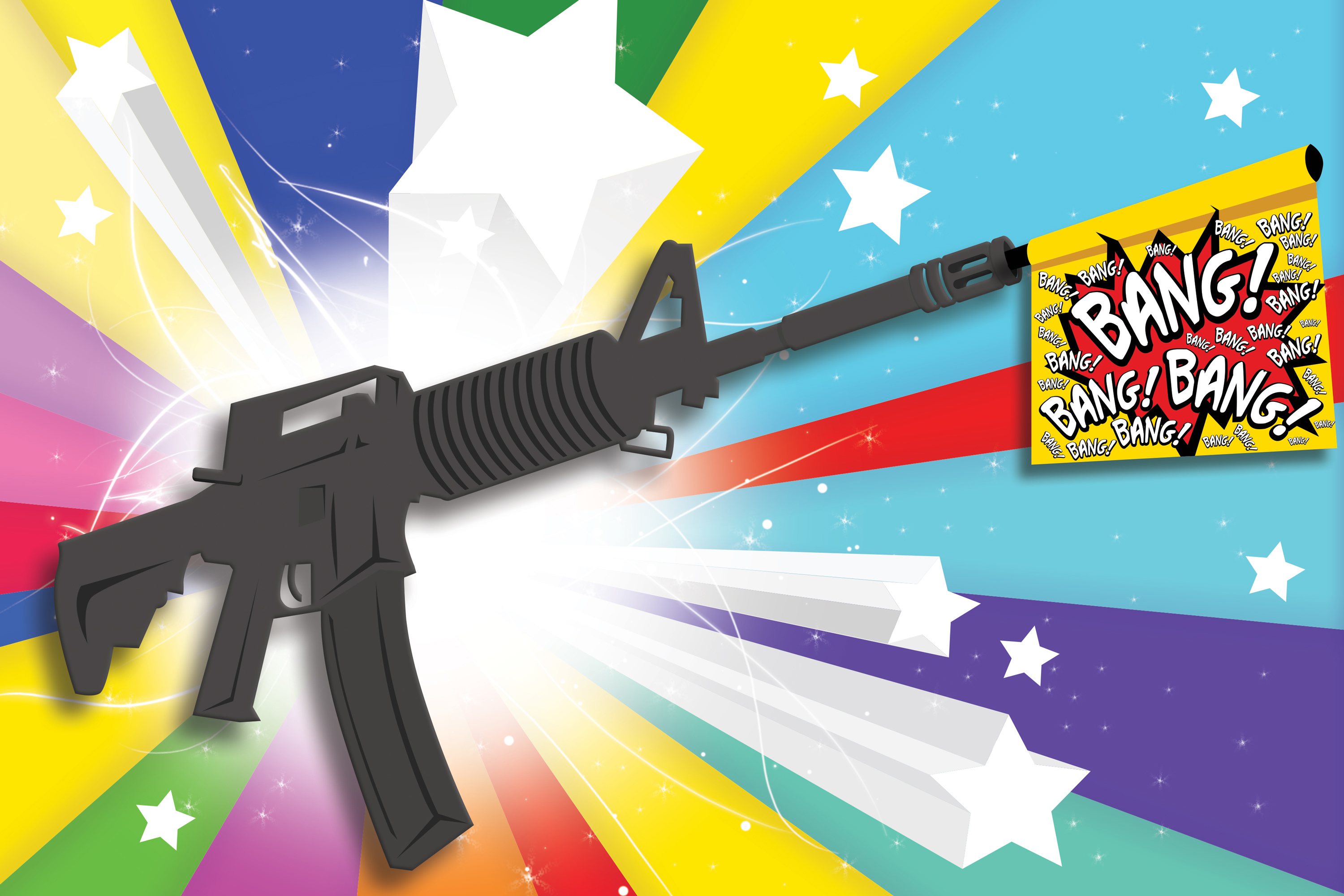 Tom Reed shows are one of my favorite parts of the MN Fringe and this one doesn't disappoint. It's funny, horrifying, cute, and ridiculous. Super solid cast. Great writing. Definitely a must see for this year's Fringe. 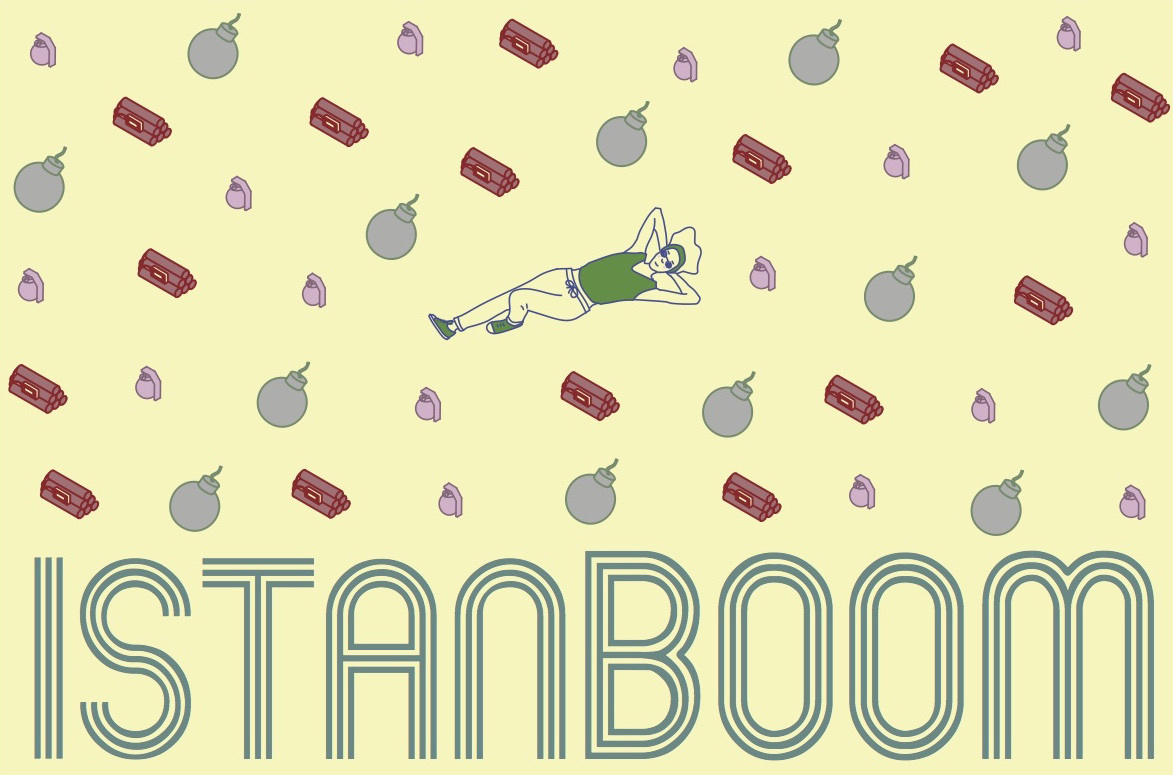 I really enjoyed this show. It's a funny, poignant, visual look at the internal workings of a young woman who has moved from Turkey to the United States and is trying to figure out who she is and who she has been. Arduman could work on sharpening some of her characters and their relationships (there's a really lovely bit at the end where she refers back to every character from the show) and I some of her ideas could be reordered to increase their punch, but overall I think this is worth seeing. Especially if y'all can actually be an audience and laugh when she's telling funny jokes. The audience I was a part of was terrible, and I don't think it had anything to do with Arduman. 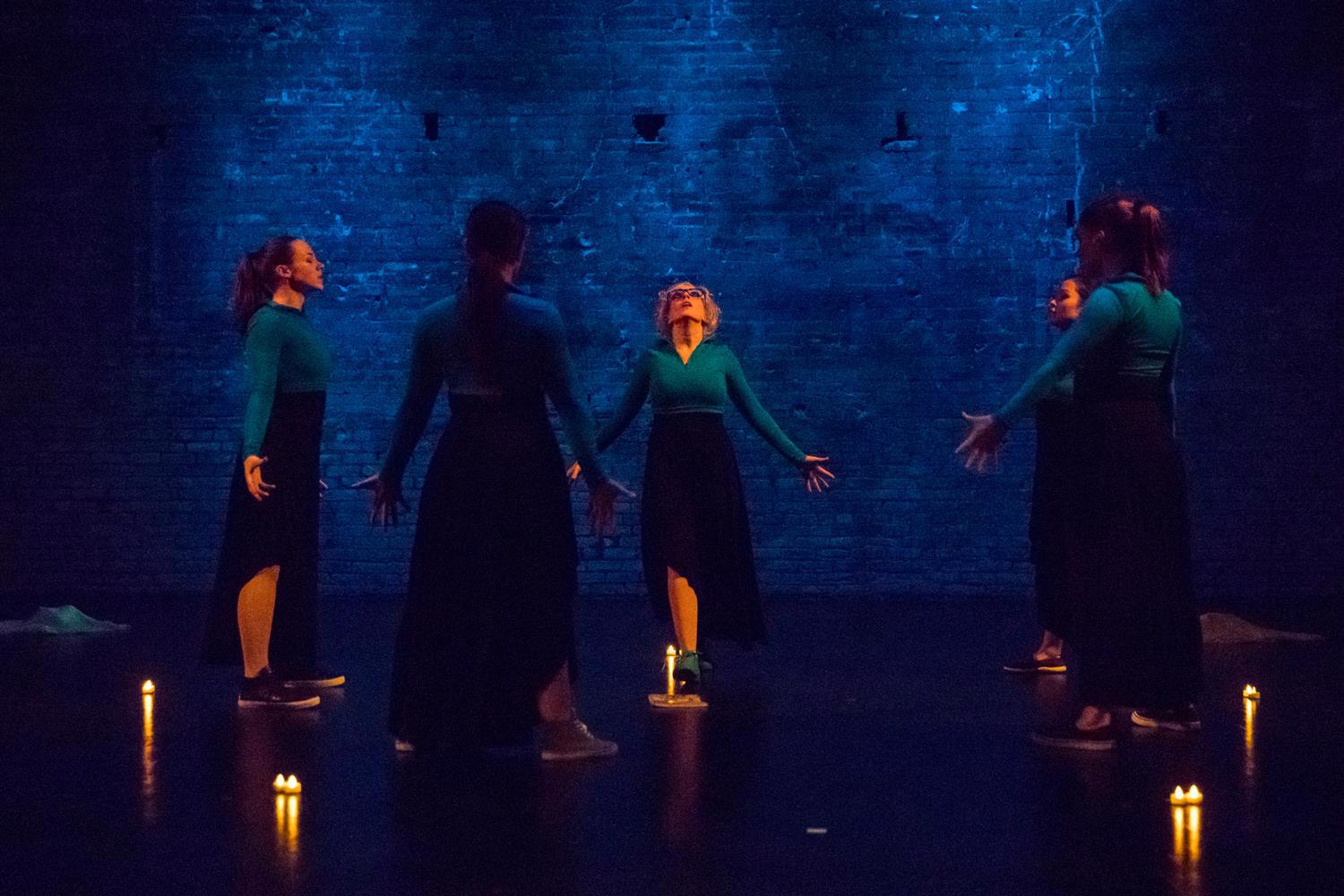 Company: Erin Sheppard Presents
Show: Book of Shadows
Venue: Theatre in the Round

This show was fun. Taj Ruler is a charismatic storyteller, whose command of the room (even at the theater in the round) was impressive. Her personal stories were funny and just self deprecating enough to be relatable. Her historical content was interesting and impactful. The dancing was all gorgeous and, with the exception of the last song (which might have been about realizing that people don't need to fight amongst themselves? it was hard to tell.) every dance expressed a compelling story or idea. I do wish that there had been a more definitive link between all of the storytelling and the dance numbers. I also would have liked for Ruler to be off book, especially for the personal stories. The show is also disserviced by the venue. The dancers did what they could with the space, but the round was not the ideal venue for their performance.

This is a great show. Comedic pacing is perfect, solid performances by the entire cast, and a really fun, sitcom-y plot. It's a small theater, so I'm assuming making reservations will be necessary soon.

Performances left a little to be desired, although Rachel Austin was consistently a delight. There were a lot of small things about this play that were a little off. The frequent costume changes between Liberkowski's characters would have been more effective as a joke if that costume change took less time. Most of the characters had male pronouns, despite an all female cast, which was a joke at the top of the show, but then just became the standard language of the show. If this is based on a specific story, I could maybe see that choice, but I think it's just the general idea of "choose your own adventure" that is borrowed? A more definite line between when Lewis was reading the story in the comfort of her own home and imagining herself in the story also would have been helpful. There were a few jokes that didn't land because the audience couldn't tell which character she was. I would love to see a remount of this concept because there are so many good ideas in it, but unless you're struggling to find shows to bring children to (which is very possible at the Fringe), I think you're safe skipping this one.

My viewing of this one got cut off - supposedly with a minute to go - so I have no idea how it ends. It looks like the theater was nice enough to give them a couple extra minutes, but Fringe rules are Fringe rules, so Eddie Poe was a cliffhanger for me. The actors' use of time, space, and visuals were stunning. Given how little time productions get in their space before they perform, the way that the actors played with the entire theater and the specificity of some of their light cues, was highly impressive. The most notable visual effect is in the scene where the actors play cards in silhouette, but there are other uses of light (including occasionally bringing up house lights, which made the abrupt cutting off of the show all the more disorienting) and a series of stomach-turning props that were very effective. I also have a tiny quibble about the female actor bursting into her gorgeous soprano while playing a male character, but y'know. It is what it is. See it. Tell me how it ends if you see the whole thing. 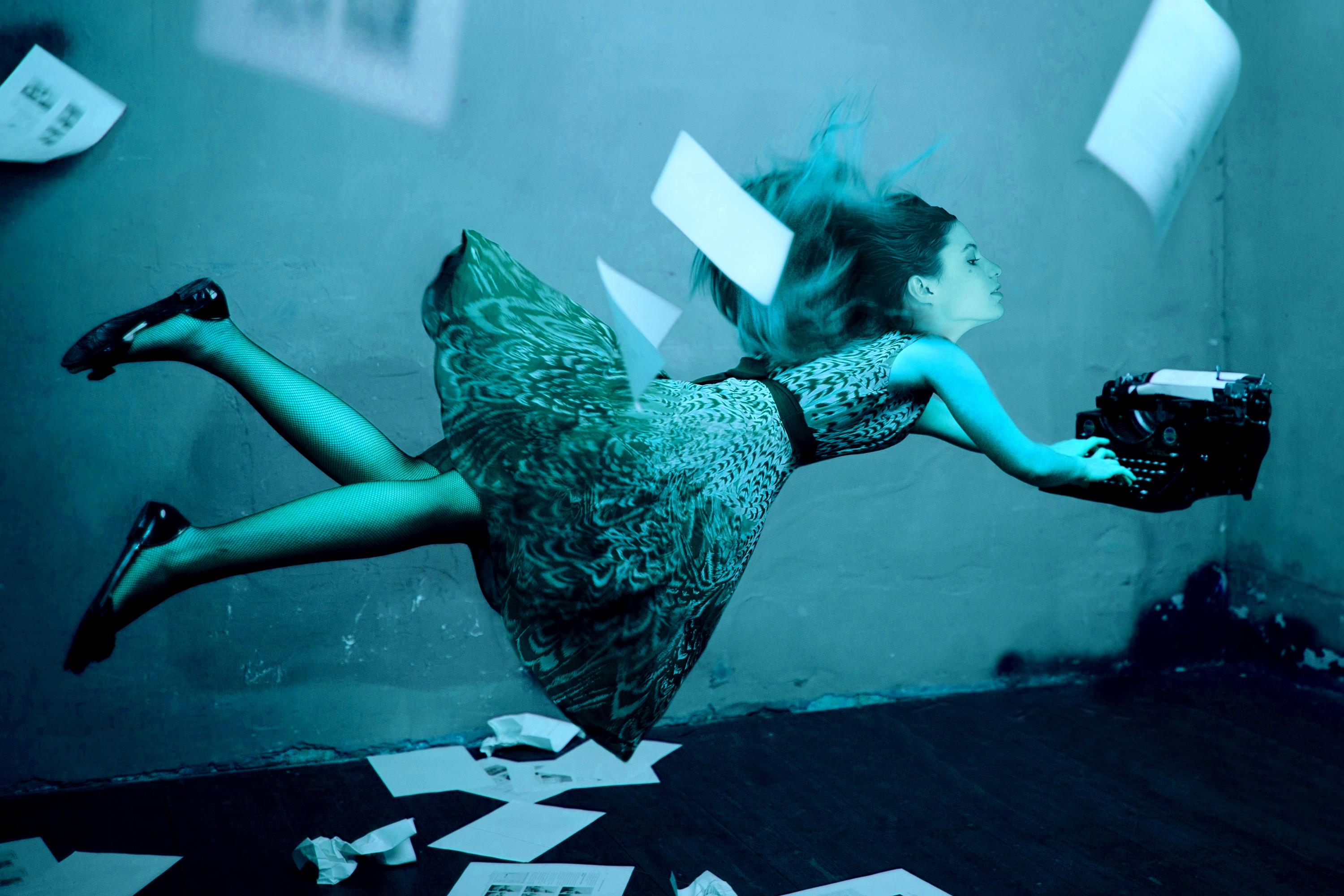 Company: TROMPE L'OEIL
Show: Bits & Bobs: An Evening of Short Plays
Venue: Theatre in the Round

Loving half isn't bad for "Something for Everyone"

I suggest watching this one. It is fun to see the breadth of each actor's abilities as they move from one role to the next. There were small issues with accents, but generally, as a showcase of cast talent, this set of plays was a delight. Unfortunately, not all of the plays were great. The first and second (a comedy and drama respectively) were spot on, the third faltered (mostly due to the aforementioned accents; there were some great moments in this piece), the fourth was a mystery with no payoff, and the fifth was a great premise that weirdly devolved into a session of bullying over sexual preferences. Reordering the plays might have helped some (the bar was set so. high. with the first two), but overall the content of the last three shows was not as strong.