For Liam Dwelling, an Irish writer-in-residence at THE DWELLING PLACE B & B, life is messy. A complex marriage, failing business, and unpredictable friends make it difficult to work through his writer's block.

A MESSAGE FROM THE PLAYWRIGHTS: When Lynn and I were first married, her father once told me we were entering the phase of life he liked to call ‘the struggle.’ The comment always stuck with me, and about ten years into our marriage, I reminded him of that conversation. “I lied” he said … “It’s all a struggle.” In addition to being the best decade-delayed punchline I’ve ever heard, it had a ring of truth to it.

The Dwelling Place is set in Cahersiveen, Ireland, and centers on two married couples. The four are dear friends in marriages that are struggling, at a time in Ireland (1989) when divorce was illegal.Liam Dwelling is a semi-successful playwright who's suffering from a formidable case of writer's block and his wife, Catherine Dwelling, runs the B & B where they live. Next door, Ciaran McDermott raises sheep and Border Collies while his wife, Molly McDermott, runs the local pub.

But it's important to note that divorce was not always illegal in Ireland. For thousands of years (from the days of the Brehon Laws) up to 1937, there existed a variety of divorce options in Ireland. After 1937, however, (with the passage of a new Constitution) Irish couples could no longer file for divorce. In 1989 things started to loosen up as the Irish government began allowing for “legal separations." That is precisely why we chose to set our play in 1989. It would take another eight years, with the ratification of the 1997 Family Law (Divorce) Act before couples could once again bring formal divorce cases before the Irish courts.

Lynn and I hope you enjoy this show as much as we've enjoyed bringing it to you. Being packed into the one-hour play format, it touches on the struggles and complexities of married life, but also celebrates the humor and love found there as well. 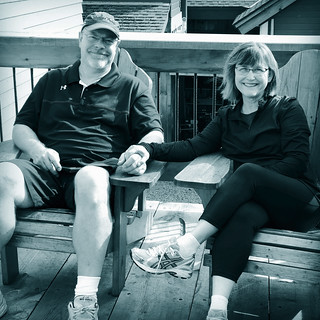